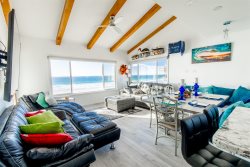 After being closes to the public for 80 years, Balboa Park's California tower at the San Diego Museum of Man is now open for public tours. Built for the 1915 Panama-California Exposition, the tower was closed to the public in 1935, but after extensive construction and safety renovations, it was recently reopened for tours. From the second floor of the Museum, you go up a staircase hidden to the public for decades. You'll climb seven floors, getting glimpses through narrow windows of the beauty outside. Finally, you climb a spiral metal stairway and emerge into the sunlight where you will see a spectacular Southern California vista including views of the mountains, Downtown, the San Diego Zoo, Mexico, the Pacific Ocean, San Diego Bay, the rest of Balboa Park.